Back to Study notes

Study Notes - What is the difference between Authorized and Paid Up Capital?

Companies issue their shares to raise capital for various purposes such as to fund their expansion, paying off debts, etc. Irrespective of the size of a company or the type of business, every company needs to classify its share capital under various categories in the financial statement.

The capital structure of a company is broadly classified into two categories – authorized share capital and paid-up share capital. Let us understand the meaning of these two terms and how they are different from each other.

A company needs to mention the amount of authorized capital in its Memorandum of Association (MOA).

Difference Between Authorized and Paid-up Capital

Preparing for exams or just wish to upgrade your knowledge

Get access to interactive practice tests and can be attempted multiple times. 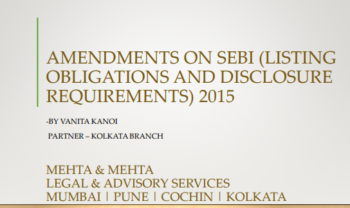 How to Have a Successful Interview?

Disclaimer
All academic material provided in this website by way of quiz or otherwise is derived from various sources, reference of which is given below. The objective is to provide such information or exercises is purely for academic purpose. MPPL is not the creator of such information since they are derived from the statutes, laws, rules, regulations, notifications or circulars issued by the government authorities or judgments of courts of law under relevant laws. While MPPL is only collating such information, it does not claim any exclusive copyright thereon except the manner in which it is being presented. The user understands that some situational questions can have different views and opinions which may not necessarily match with what the answer keys provide. MPPL does not vouch for or guarantee the accuracy or dependability of the answer key. Nor shall it be liable for any suits, prosecution, proceedings, actions, damages based on the academic information provided here. The responsibility to cross-check and verify the veracity of the information provided here rests upon the user and visitor of the website.

MPPL has taken all reasonable precautions for not violating anyone else’s copyright or intellectual property right and believes. However, in case someone still feels that any of the content provided here was subject to their copyright, such person is requested to get in touch with MPPL on its email id a pratima@mangalamjobs.com and necessary remedial measures can be undertaken without prejudice to MPPL.